Let me be myself – The Anne Frank Exhibition

The world-famous Anne Frank exhibition Let Me Be Myself. The Life Story of Anne Frank has made it to Malta.

Organised locally by the Tayar Foundation for Jewish Heritage in Malta, in collaboration with the Anne Frank House of Amsterdam, the exhibition is moving around the island, with the next venues hosting the exhibition being Fort St Elmo, Valletta and Il-Ħaġar Museum, in Victoria. 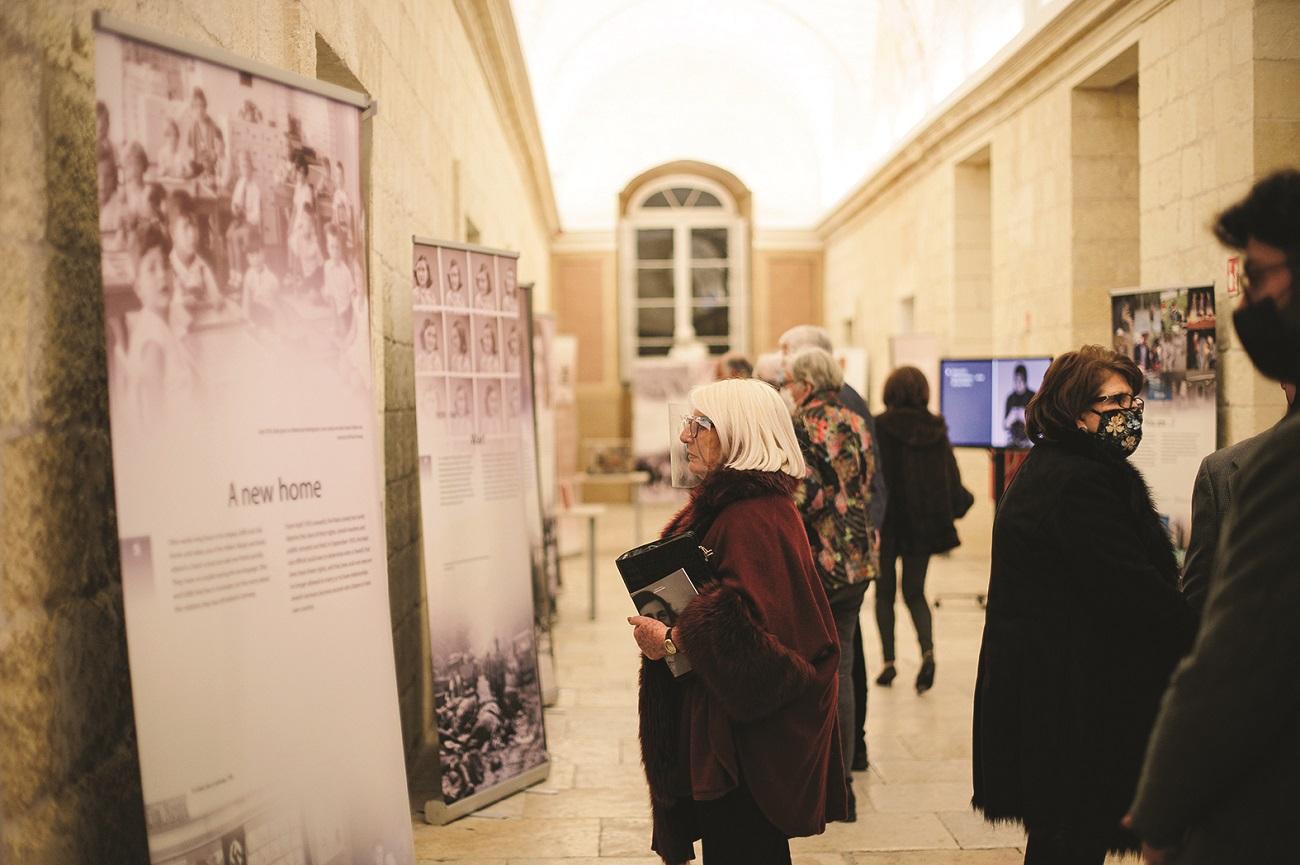 Visitors at the exhibition's opening at the University of Malta Valletta Campus.

The carefully curated exhibition tells the story of Anne Frank and the Holocaust, challenging visitors to reflect on subjects such as identity, prejudice and discrimination.

The young girl touched the hearts of millions by recounting in her diary, The Diary of a Young Girl, how her Jewish family moved from Germany to Amsterdam in 1933, the year the Nazis came to power in Germany. When World War II broke out, the Frank family was trapped in Amsterdam by the Nazi occupation of the Netherlands. 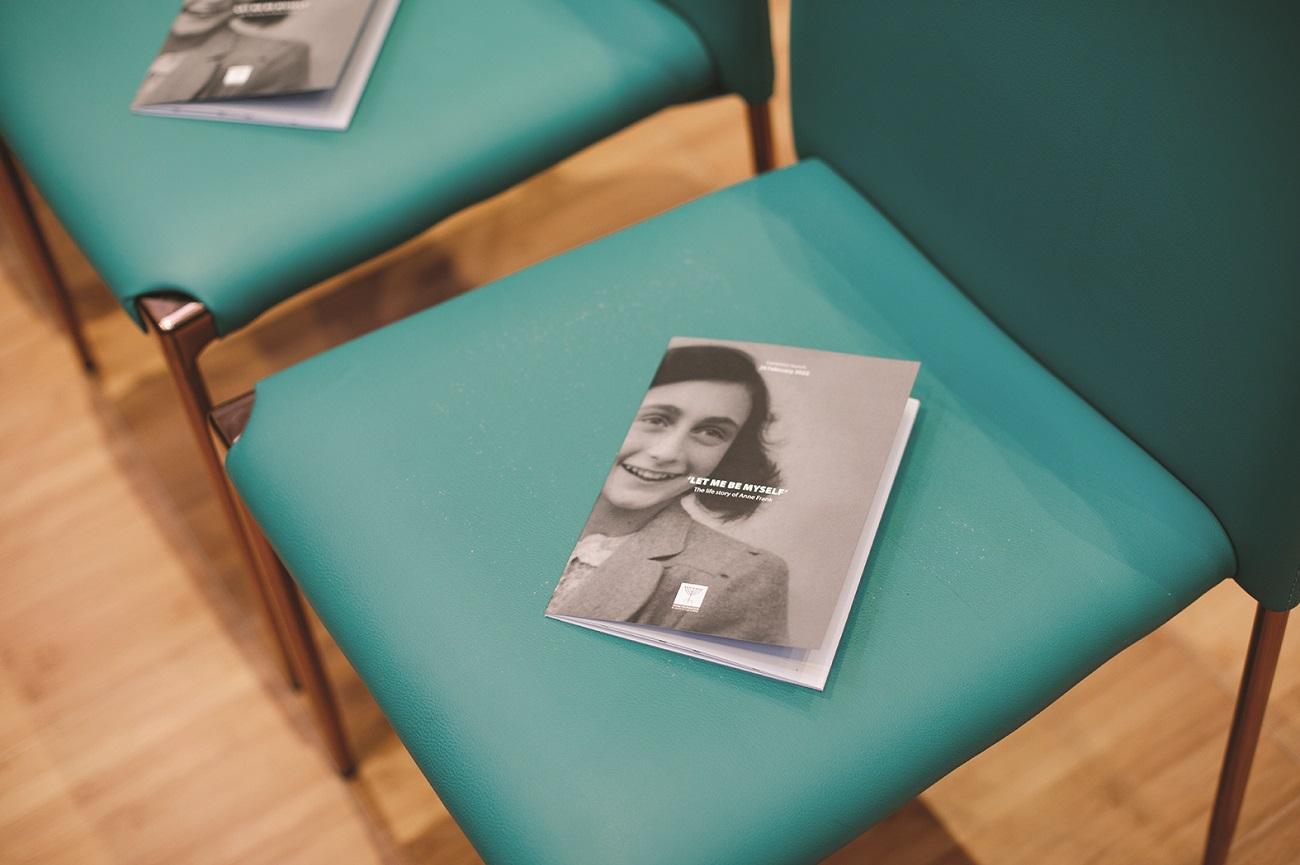 "The Tayar Foundation aims to safeguard Jewish heritage in the Maltese islands, raising awareness about the communities that lived in the archipelago and promoting the knowledge of Jewish history as a whole"

Large pictures on display show Anne's happy early childhood in Frankfurt, followed by her immigration to Amsterdam, while several parts of the exhibition show not only photos of the house in which the Frank family hid for more than two years but also photographs and texts concerning the world at the time: the Netherlands under Nazi occupation, deportations and the concentration camps. 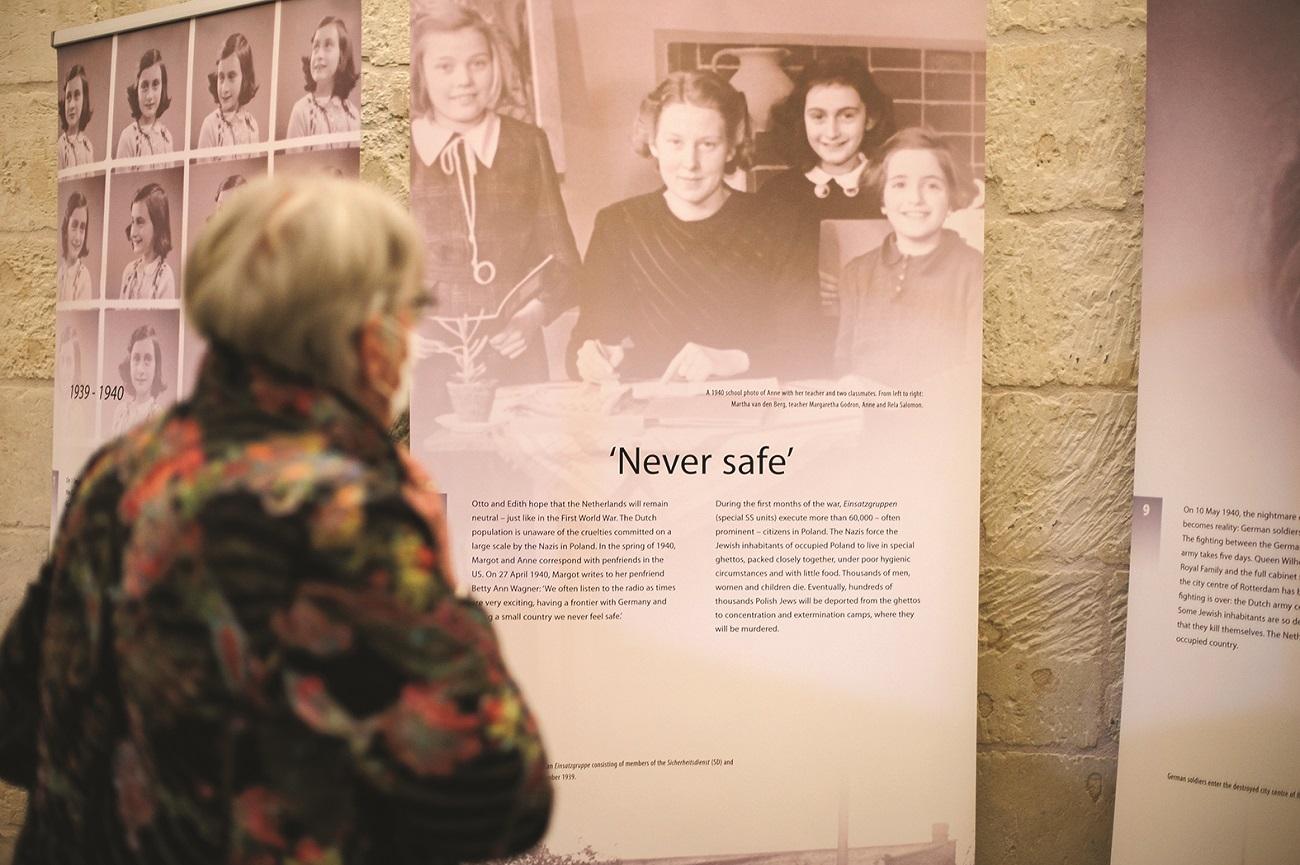 Besides 34 detailed panels, Anne's story further comes to life through artefacts, videos and a model of the house where she hid.

In addition, there's a facsimile of her diary that culminated in what has become one of the most famous and well-read books ever.

Let Me Be Myself is primarily aimed at young people aged between 11 and 18. The fully digital experience will be available to over 150 local schools reaching thousands of schoolchildren. However, people of all ages are invited to attend and experience Anne's story, who shaped the history of storytelling through her diary. 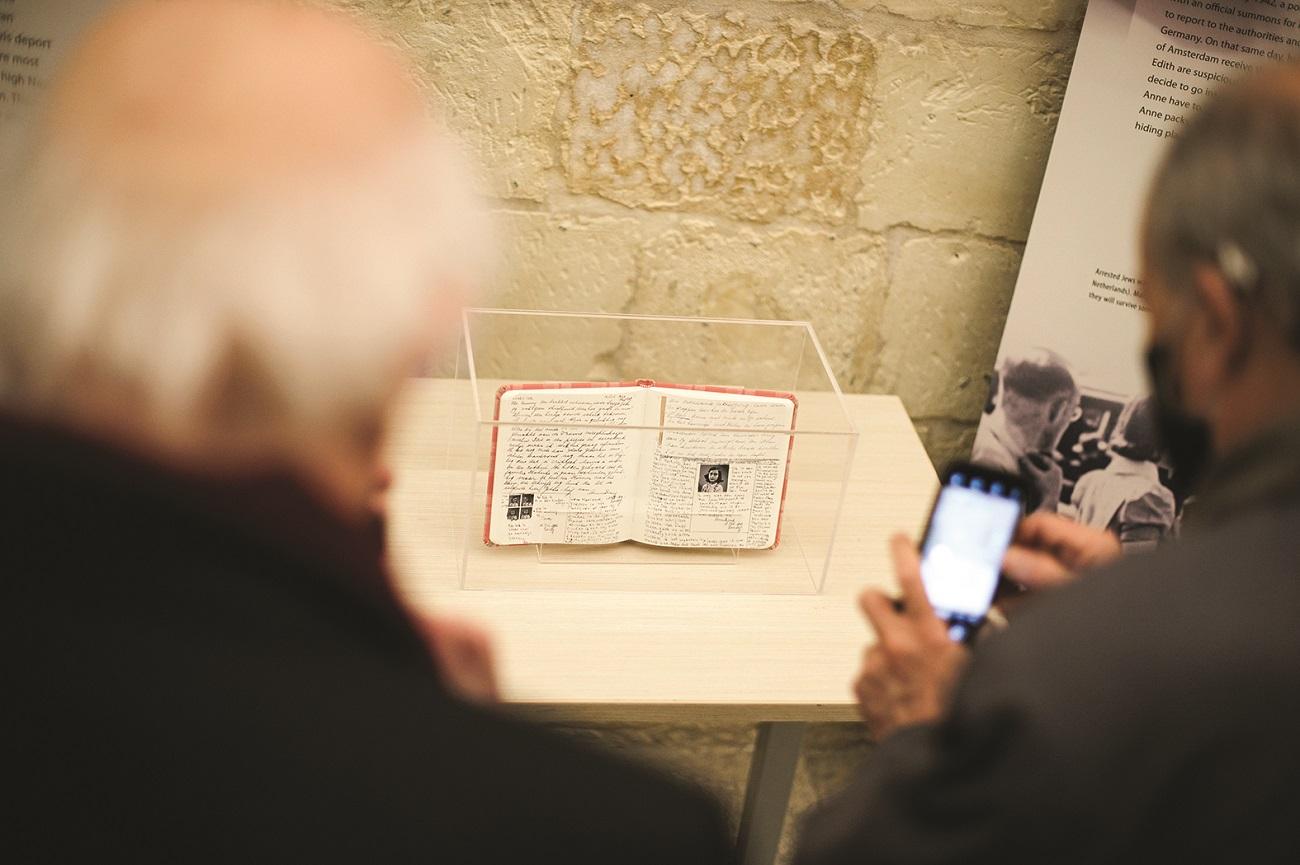 The exhibition is an apt reminder of the extent to which some have suffered violations of their basic human rights over the years. And a large proportion of the exhibition thoughtfully encourages visitors to identify with the personal story of Anne and her family, from the rise of the national socialists in Germany to the isolation and discrimination of the Jewish population which included, of course, the Frank family, to the eventual horrors of the Holocaust. 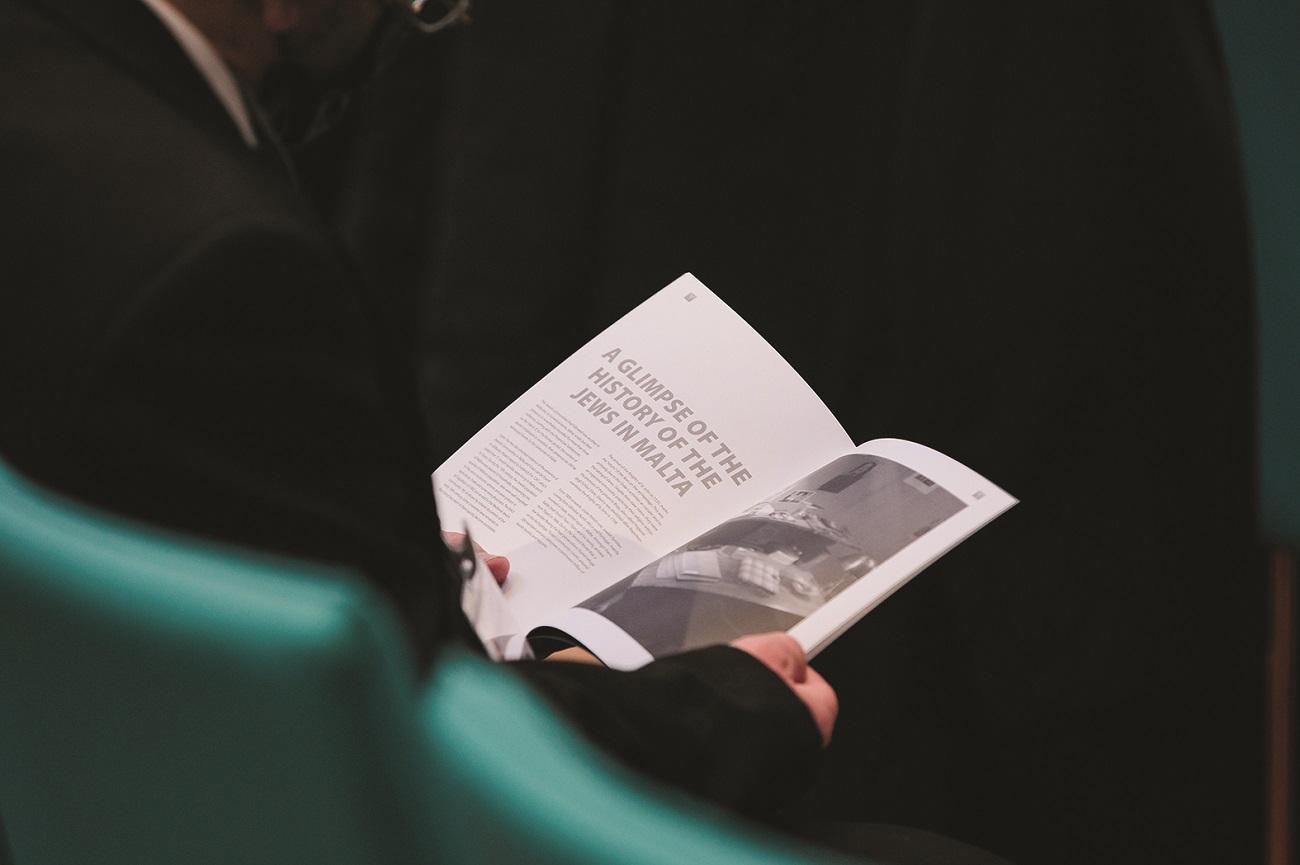 The closing contemporary part of the exhibition contains stories of young people today, exploring four general themes drawn from the story of Anne Frank: identity (which asks visitors how they perceive their own independence); individuals as group members (which questions the way we find ourselves categorised by others); discrimination (which poses the question of how we discriminate and are discriminated against); and response (which asks how we can counter the discrimination we see around us). 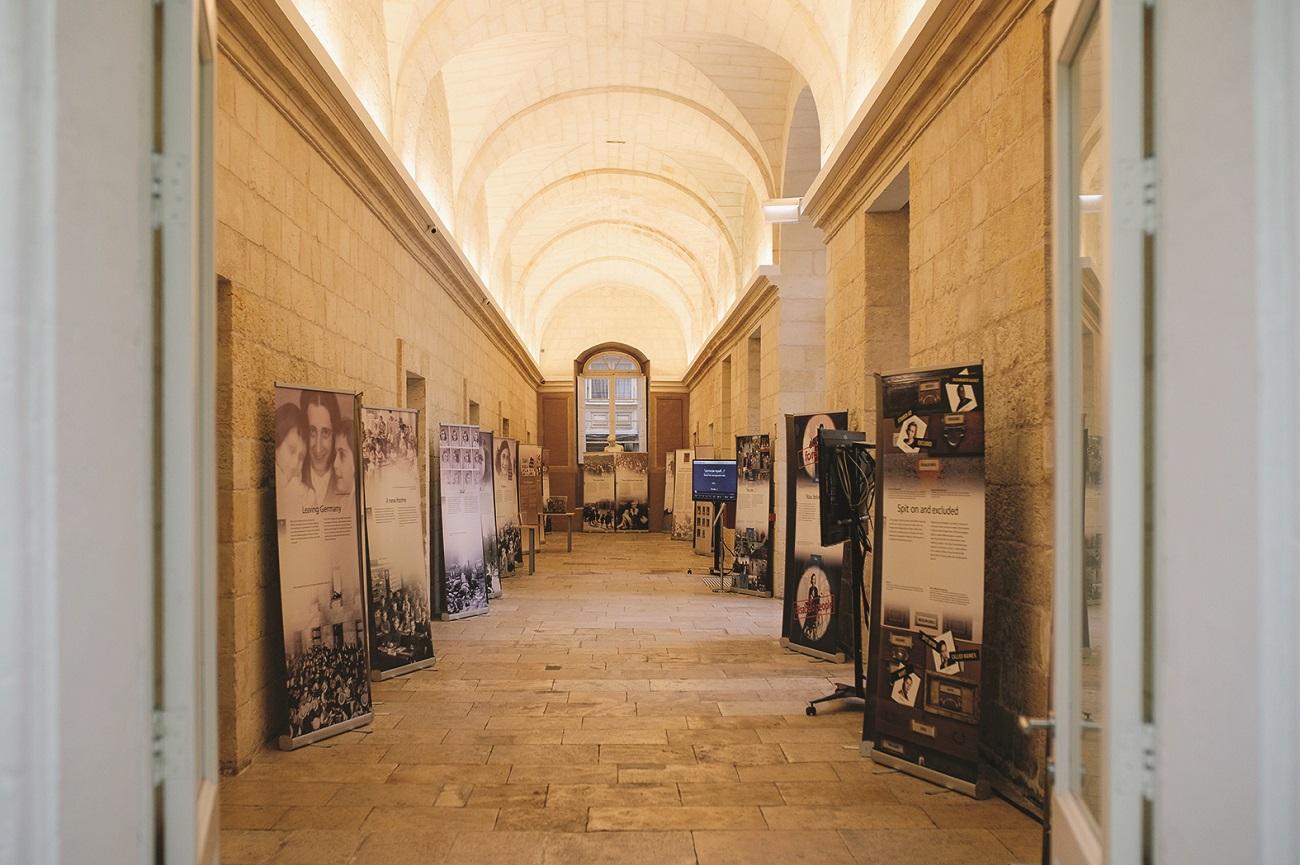 The Tayar Foundation aims to safeguard Jewish heritage in the Maltese islands, raising awareness about the communities that lived in the archipelago and promoting the knowledge of Jewish history as a whole. The foundation is also undertaking the renovation and management of the three historic Jewish cemeteries in Malta at Kalkara, Ta' Braxia and Marsa.

After having been set up at the University of Malta Valletta Campus, the exhibition is currently at Fort St Elmo, Valletta between April 20th and June 1, and then at Il-Ħaġar Museum, in Victoria from June 19 to July 25. The exhibition is free of charge. For more information, visit www. jewishheritagemalta.org.