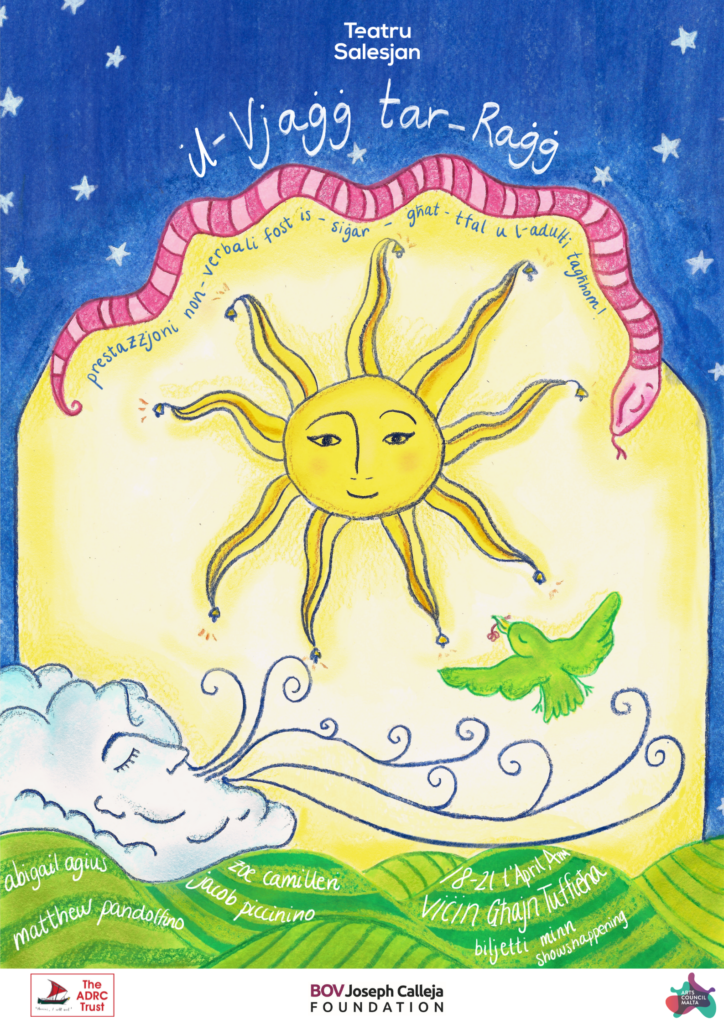 Ages: Up to 9 years of age, for children and their grown-ups

This is the story of the ray of light who escaped from the sun. Far away from home, she discovers a magical new world tucked away among the trees, and encounters some of the creatures who inhabit it.

Il-Vjaġġ tar-Raġġ is a site-specific visual performance for children and their adults, set outdoors and with non-verbal narrative.

Performed by Zoe Camilleri and Jacob Piccinino, with props and puppet by Matthew Pandolfino, created and directed by Abigail Agius.

Produced by Teatru Salesjan with the generous support of the ADRC Trust, the BOV Joseph Calleja Foundation, and Arts Council Malta. 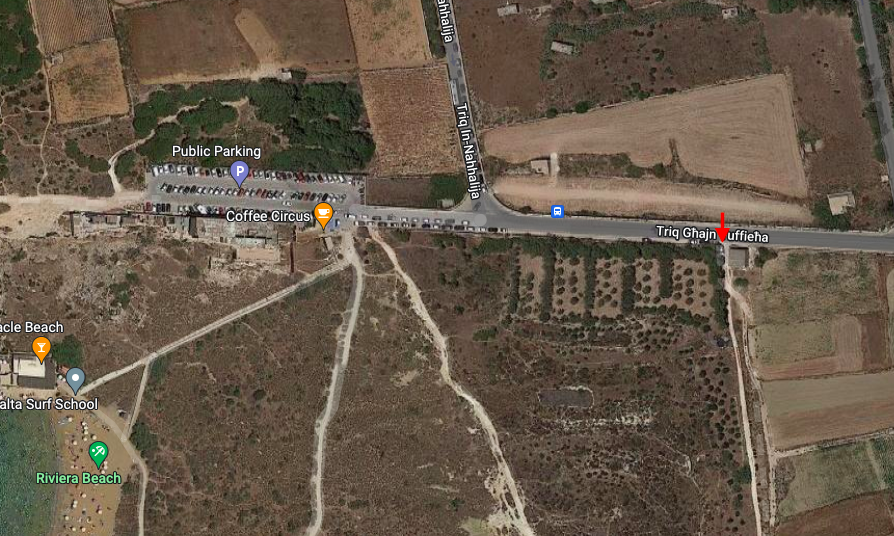